Starting at dusk tonight, July 31st, in the Northern Hemisphere, we celebrate the first of the three harvest festivals: Lúnasa, aka Lughnasadh (pronounced LOO-nah-suh), and Lammas.

In the Celtic/Neopagan Wheel of the Year, we celebrate not just one Autumn Festival but three:  the First Harvest (aka First Fruit) of Lúnasa on the traditional date of August 1st, the Second Harvest at the Autumn Equinox (aka Mabon and Alban Elfed) on September 22 and the Third Harvest of Samhain on November 1st. Others will celebrate on the “true” cross-quarter date of August 7th. As for me, well . . . I tend to celebrate them all!

Lúnasa marks the celebration of the first fruits and grains: wheat, corn, soft fruits, and many other herbs, grains, and vegetables. Perhaps you are already starting to see those changes, those harvests . . . and the signs that autumn is approaching with the now slightly shorter days.

The alternative name for this festival, Lammas, originated during the Christian era. The name comes from the Old English hlaf-mæse, meaning “loaf mass”. At Lammas, loaves made from the first harvested grains were taken to the local church at a special mass, for blessing and consecrating by the village priest. I incorporate this tradition into my Lúnasa celebrations, taking a small bun or loaf of bread, tearing it into four pieces and blessing the four corners of my “land” (in my case, our apartment!).

For those who follow the Celtic / neopagan Wheel of the Year — and live in the Southern Hemisphere — this day is celebrated as Imbolg, associated with the First Spring and celebrations of the goddess Brighid.

In Central and South America, this day is celebrated as Pachamama Raymi (Raymi means “feast”), or Pachamama Day, and all of August (and especially the first week) is dedicated to Pachamama, which translates as “World Mother” in Quechua.  It is celebrated primarily by the Indigenous people of the Andes in Peru, Bolivia, Argentina and other countries.

On this day, Pachamama is thanked for the harvest and crops. Her Spirit is strong, represents the mountains, and controls the earth (including earthquakes). She is honoured with ritual, ceremony and with offerings such as sweet foods, chicha (corn beer), corn and coca leaves.

As I always do on this day, celebrated by so many peoples, I am meditating on this quote by Henry David Thoreau:

“The true harvest of my daily life is somewhat as intangible and indescribable as the tints of morning or evening. It is a little star-dust caught, a segment of the rainbow which I have clutched.”

How will you celebrate?

1 thought on “Blessings on Lúnasa, Imbolg and Pachamama Raymi” 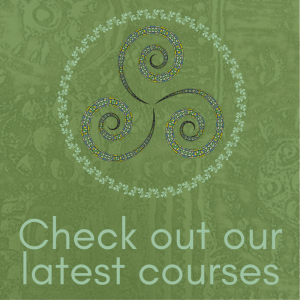